“Echolalia” is the repetition of words by a child when it learns how to talk, but it also refers to a medical condition that makes someone compulsively repeat words and sentences. Under this equivocal title Belgian artist Ana Torfs offers a survey of her most recent body of work in six various installations, all of which resonate with one another. Except for one, these works from the period 2009-14 have never been shown in Belgium. And with The Parrot & the Nightingale, a Phantasmagoria, WIELS furthermore presents a world premiere. 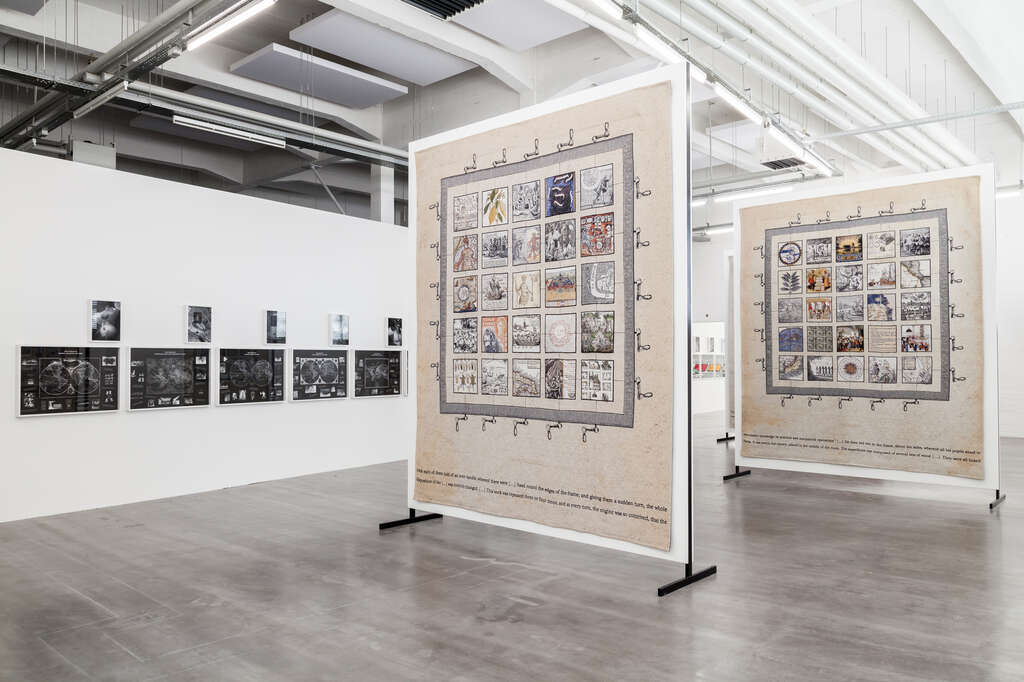 Installation view of the exhibition Ana Torfs: Echolalia at WIELS, 2014, with TXT (Engine of Wandering Words), 2013 and Family Plot, 2009–10. Photo by Sven Laurent 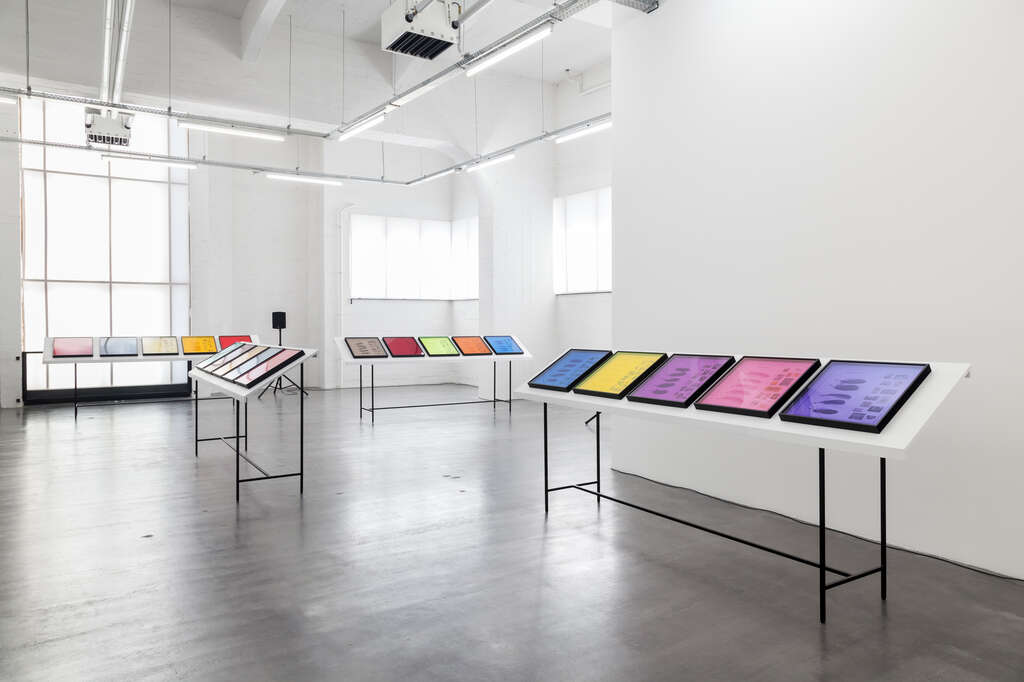 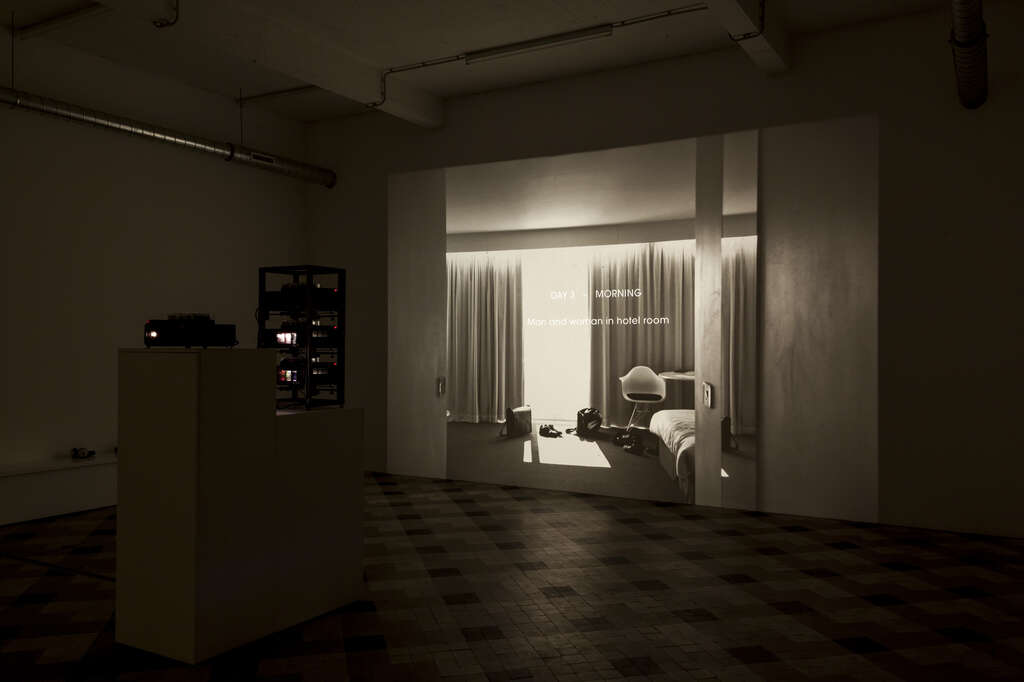 Installation view of the exhibition Ana Torfs: Echolalia at WIELS, 2014, with Displacement, 2009. Photo by Sven Laurent 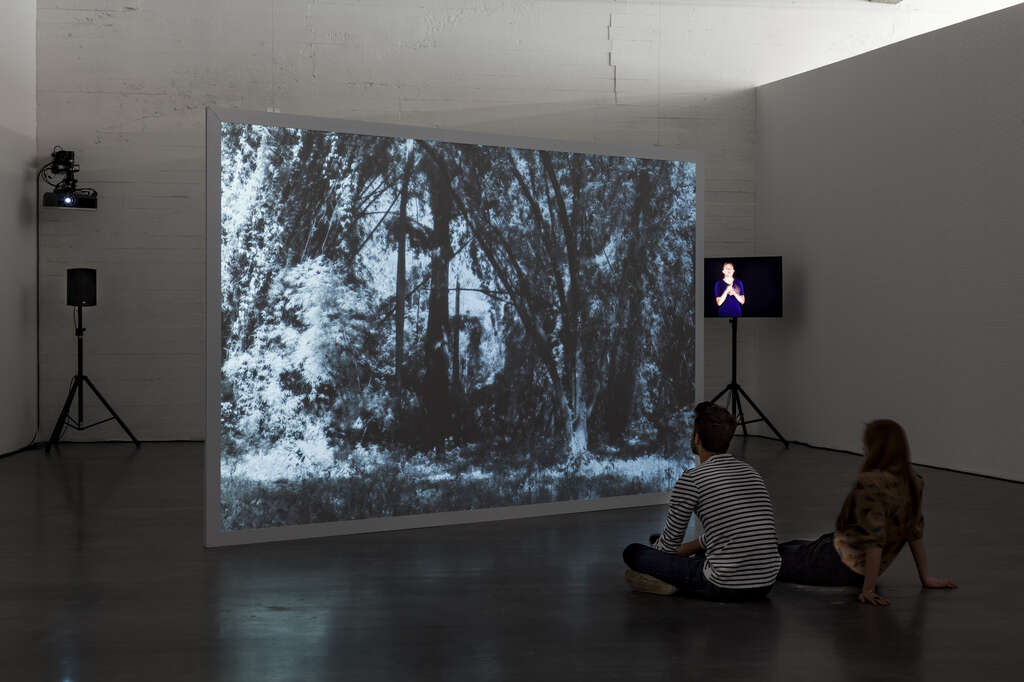 Installation view of the exhibition Ana Torfs: Echolalia at WIELS, 2014, with Legend, 2009. Photo by Sven Laurent

The interplay between language and representation plays a central role in Ana Torfs’ work, and with it the related processes of translation and visualisation. Found texts and images often constitute the main components of her practice. These material remnants are then reworked into meticulously composed installations – with diverse media such as slide projections, audio pieces, photography and video, to tapestries and silkscreens – in which projections and allusions have free reign.

Publication
The exhibition is accompanied by a book that establishes a dialogue with the exhibition by reimagining, refiguring and reframing all its elements, conceived by the artist and designed by Jurgen Persijn, with texts by Emiliano Battista, Gabriele Mackert, Kassandra Nakas, Catherine Robberechts, Dirk Snauwaert, Ana Torfs and Christophe Van Gerrewey. 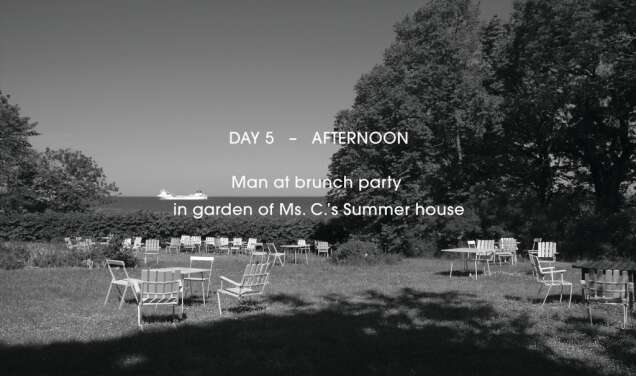 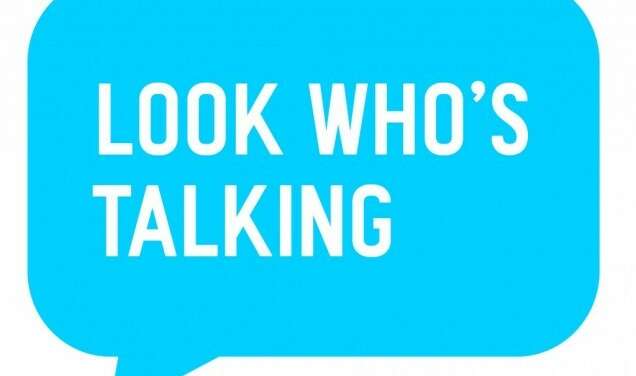 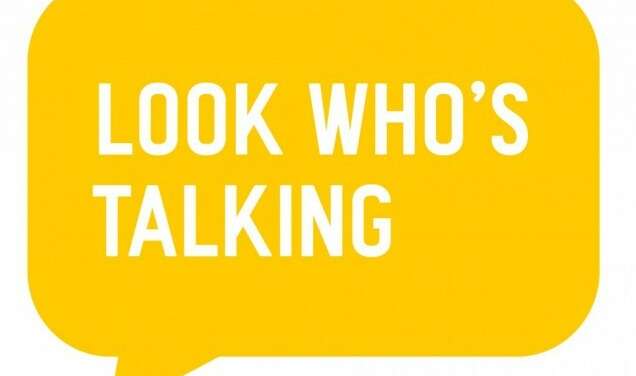 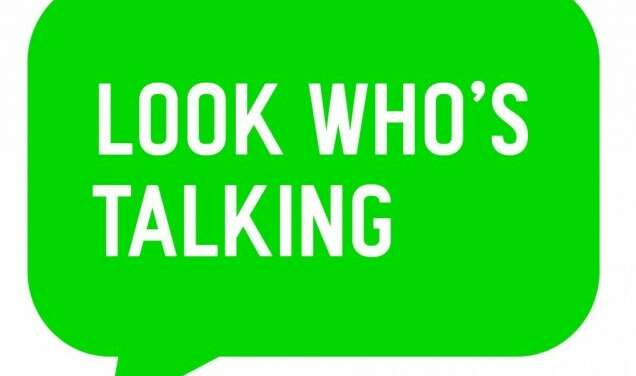 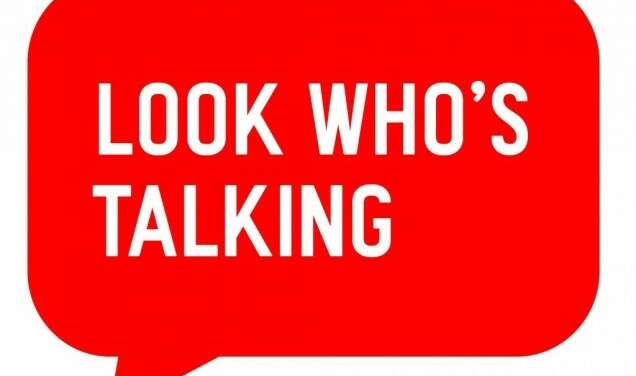 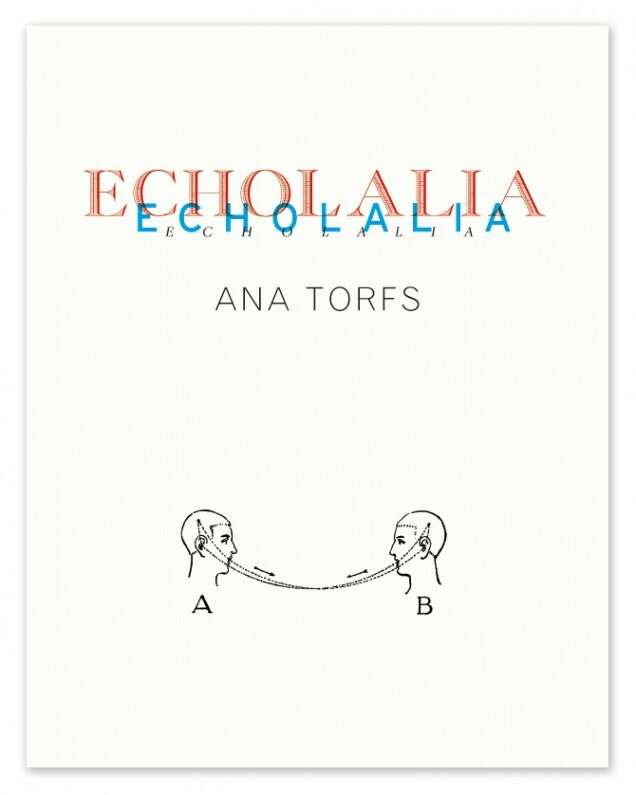