Evolving Feminism: A Rereading in Light of Our Recent Revolutions

Book a slot to read NOA (Not Only Arabic) Magazine #4 in a newly embroidered tent by Mounira Al Solh. The magazine holds interviews and stories of women reflecting on their crucial role in recent Arab revolutions. 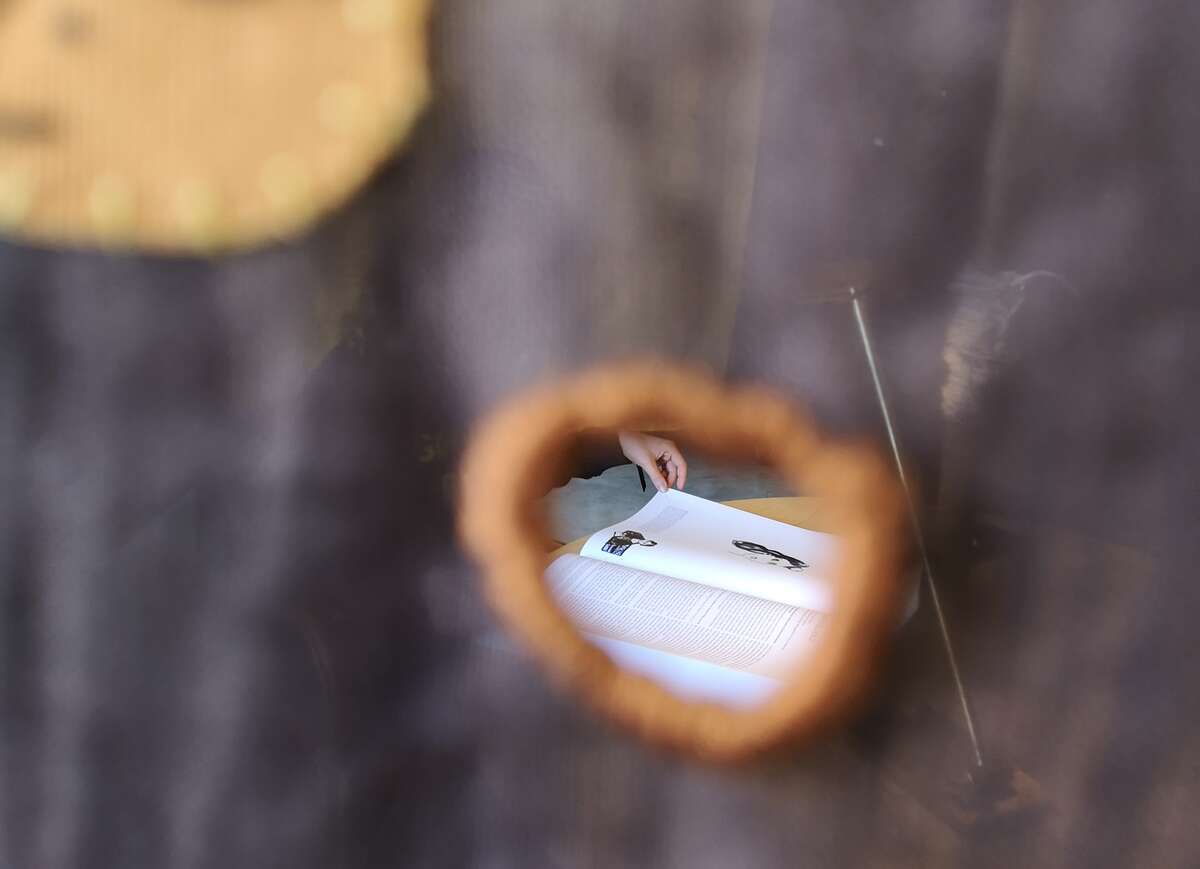 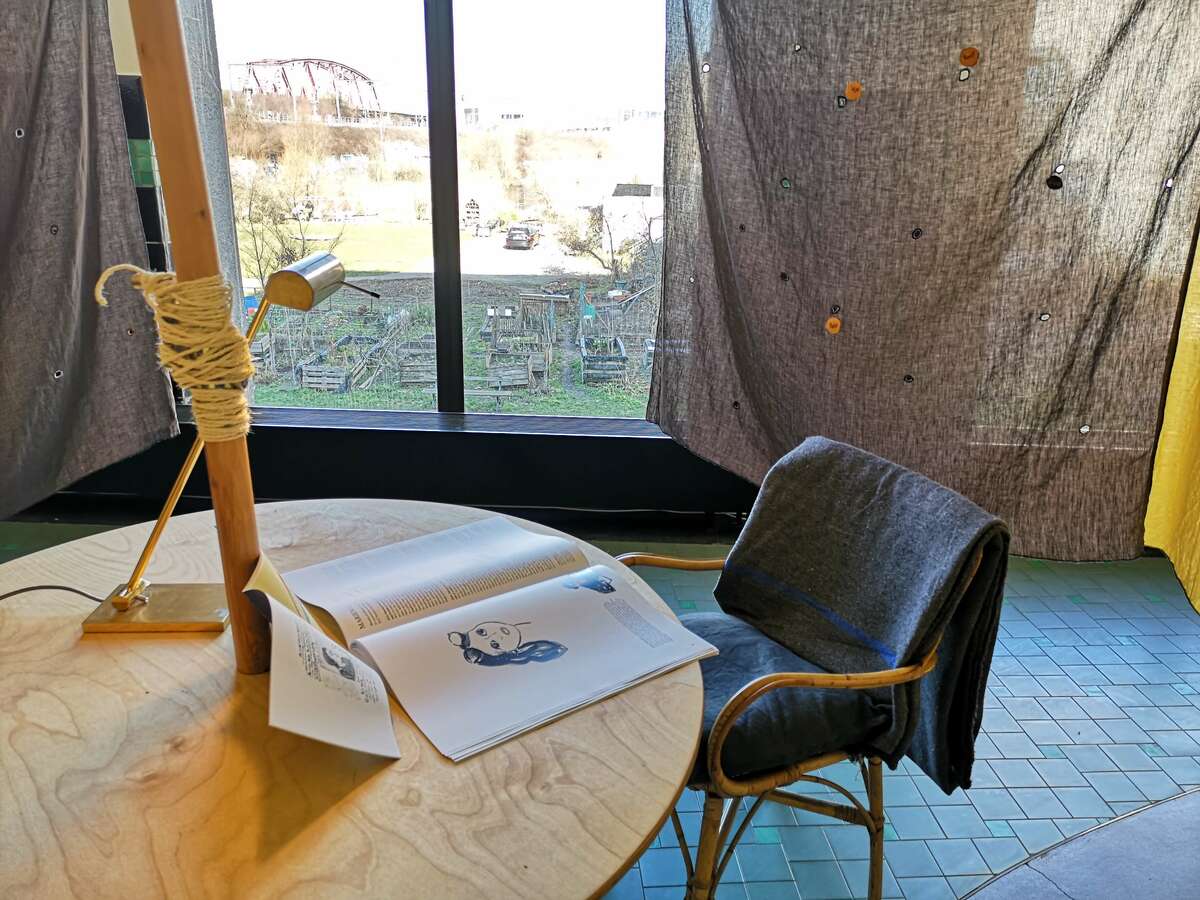 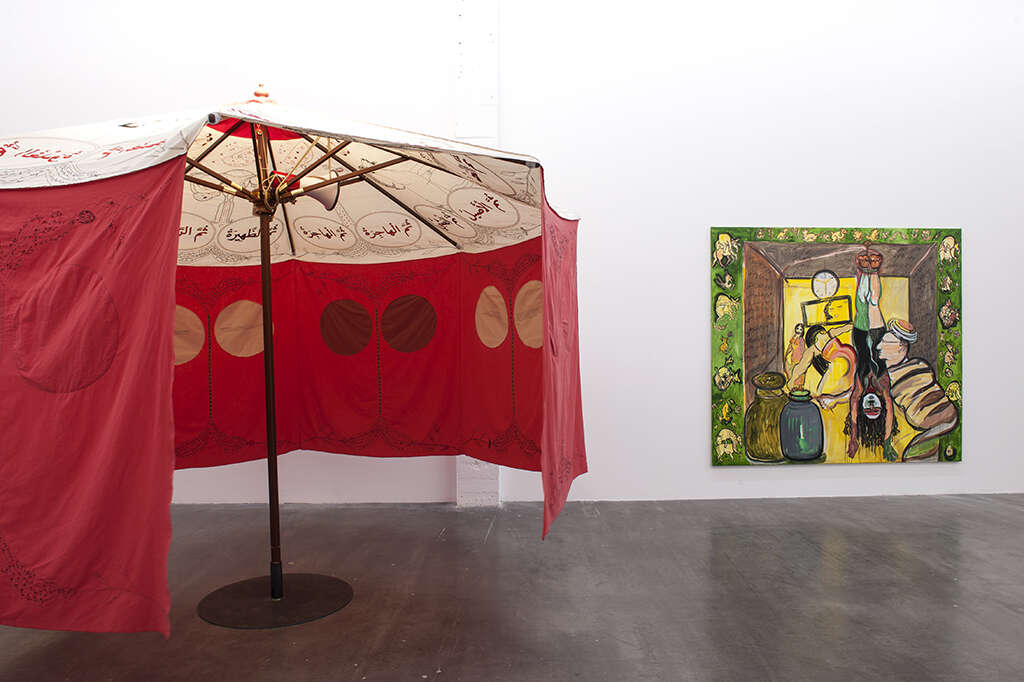 NOA (Not Only Arabic) magazine, is an irregular periodical magazine in limited editions. The reading of the magazine can only be arranged by appointment. For this iteration of the magazine, Al Solh has made holes in a tent, and embroidered them, to form a space under which the magazine will be read.

The current issue of NOA (Not Only Arabic) magazine is the 4th one, and is edited by guest editor Nada Ghosn together with Al Solh. NOA # 4 takes its breath from the October revolution that engulfed Lebanon in 2019, before the COVID-19 Pandemic. After a decade of revolutions that sparked in the Arab world and in the region, Al Solh forged NOA magazine as a space to listen to women’s contributions and opinions.

In the Arab region, women took a significant part in the framework of various demonstrations with the goal of overthrowing the different regimes, and most importantly to criticize the oppressive religious powers that rule their laws. Throughout the events, many women were leading the organisation of demonstrations, physically confronting armed and oppressive forces. In order to spread the demonstrations and to express their opinions and transmit messages, they used the internet, social networks, youtube, twitter, blogs, and television channels. The media was very central in the advancement of the status of women and enabled conversations on their important role in society. NOA magazine #4 holds a selection of interviews and stories of women, reflecting on their crucial role in these recent and older revolutions.