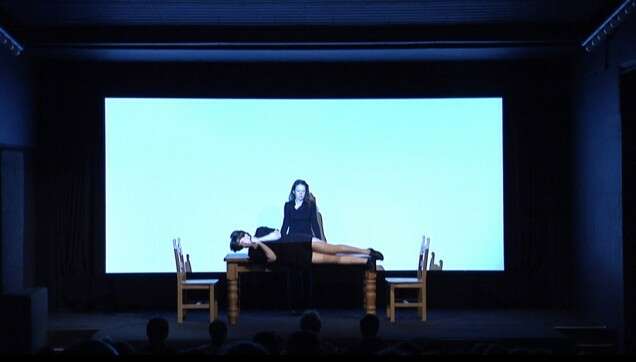 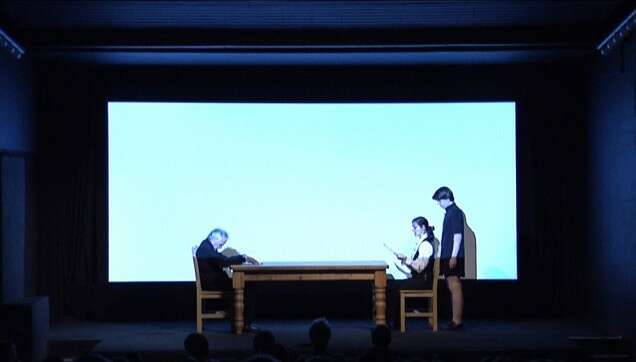 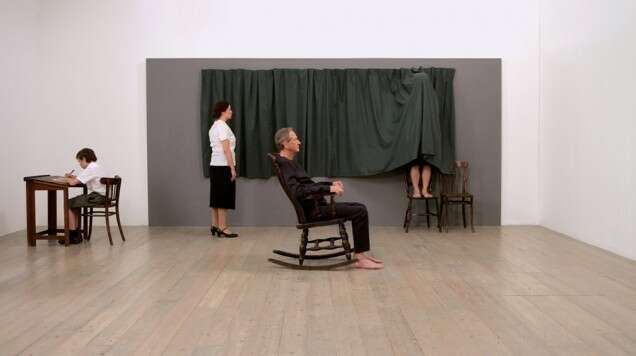 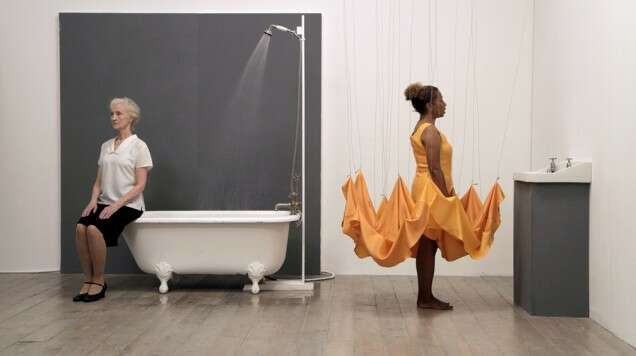 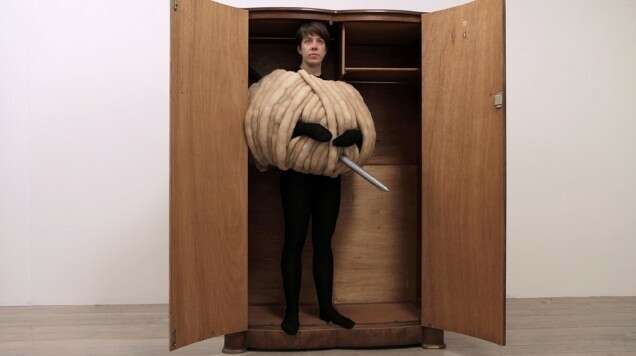 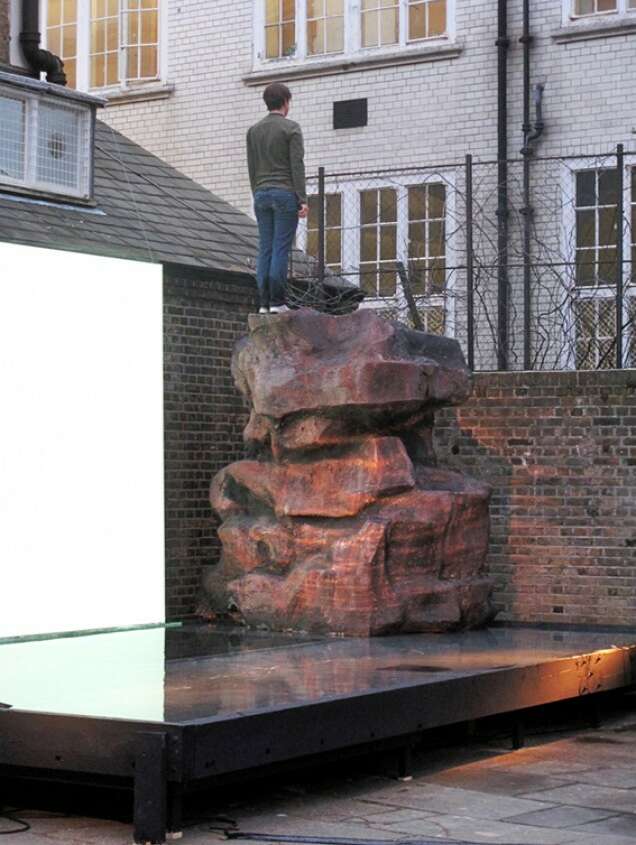 The Signal, photo by Simon Parris, courtesy of the artist

The Signal, photo by Simon Parris, courtesy of the artist

I use theatrical set for performance and video works with minimal architectural elements and props to mark a location, for example a family home or a cliff in Greece where a soldier is standing. I place bodies in these spaces, including my own, and use a tightly scripted choreography in which every move relates to institutionalised systems that rely on exclusion and destruction. Interviews that I conduct with individuals often serve as a starting point for fictionalised dialogues that are then delivered by different performers.

Whilst trying to represent a system, I continuously deconstruct it by using the same mechanisms that I apply to build it: bodies, movements, speech, furniture, architecture and costumes. For example, the film "Tenant" describes the routines that take place in a family home, such as eating together, doing homework or bathing. These routines are embedded into a wider historical and social context and get repeatedly interrupted, for example, by a performer falling down stairs at the very moment she reached the top. The body in my work is turned into a fragile prop and in constant danger. I wish to empty institutionalised spaces of meaning. However this doesn't lead to neutrality but becomes again loaded with gender, age, race and class.