WIELS is one out of 13 institutions across 4 continents to participate in the global launch of White Cube, a film by Dutch artist Renzo Martens. In this feature-length documentary film, Congolese plantation workers successfully co-opt the concept of the ‘white cube’ to buy back their land from international plantation companies, and secure it for future generations. 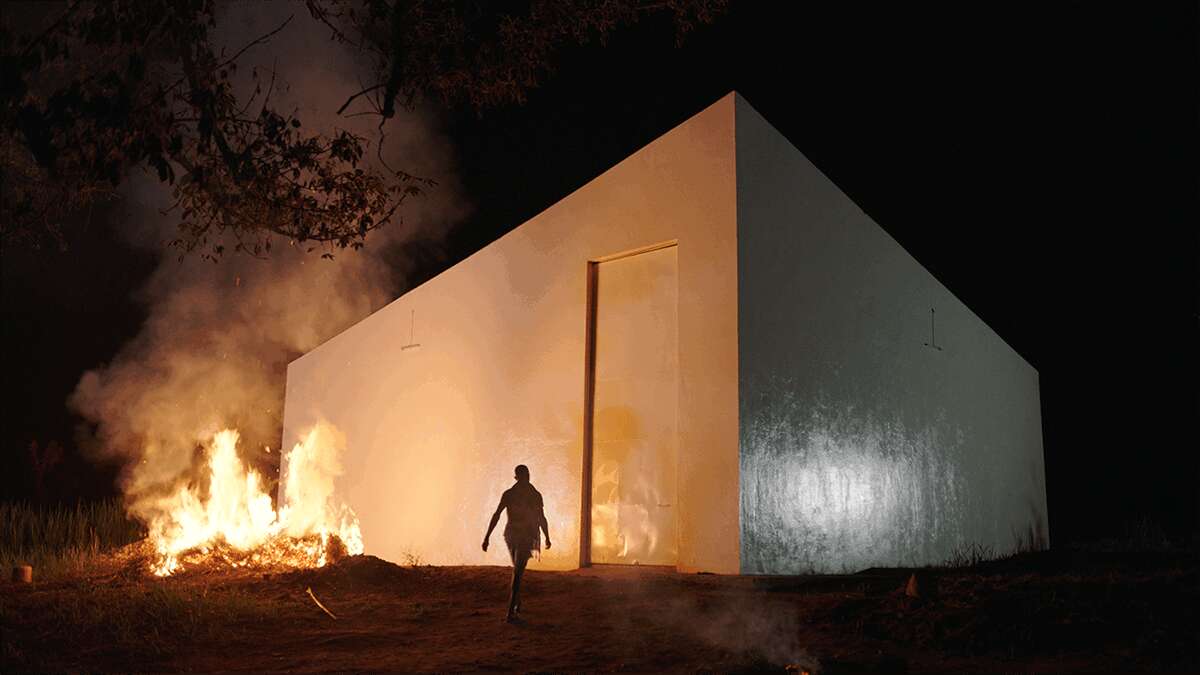 White Cube follows the Cercle d'Art des Travailleurs de Plantation Congolaise (CATPC), a plantation workers’ cooperative based on a former Unilever plantation in Lusanga, Democratic Republic of Congo. The film documents CATPC’s success in ending the destructive system of monoculture on their lands.

From the violence of the plantation system to the aesthetics of the white cube, the film puts forward a proof of concept: museums can become decolonized and become inclusive, on the condition that the benefits accrued around the museum flow back to the plantation workers whose labour financed – and in some cases continues to finance – the very foundations of these institutions.

Dutch artist Renzo Martens’ attempt to resolve inequality through critical self-reflection is only the first salvo in this film. From the historical foundations in indentured plantation labour of art world giants such as Tate Modern, the Van Abbemuseum and the Ludwig Museum to the gentrifying neighbour-hoods around them, from the boardrooms of Unilever to the exhausted plantations of Congo, the film sets a new paradigm. White Cube is not content with mere scrutiny, it proposes a paradigm shift: practical solutions for a new art world economy.

CATPC was formed in 2014 together with renowned environmental activist René Ngongo, the founder of Greenpeace Congo. CATPC members make sculptures from plantation soil; the sculptures are 3D scanned and then reproduced in cocoa and palm oil in Amsterdam (the world’s largest cocoa port) before being exhibited at museums. With the income generated from their art the workers buy back the land that had been confiscated and taken from them by Unilever. So far they have bought 100 hectares, which they are transforming back into rich and diverse, ecological gardens: the post-plantation.

Early success came in 2017 with their first solo exhibition in New York’s SculptureCenter, an exhibition that was hailed by the New York Times as the ‘best art of the year’. The same year CATPC inaugurated their own white cube: an OMA/ David Gianotten designed museum, built on their newly purchased land, which functions to bring the capital, visibility and legitimacy associated with the white cube to Lusanga.

White Cube is a film directed by Renzo Martens in collaboration with CATPC.

The film will be projected onto the White Cube, a new museum building, in Lusanga (DR Congo) and simultaneously across the world.

With the support of the Dutch Embassy in Belgium. 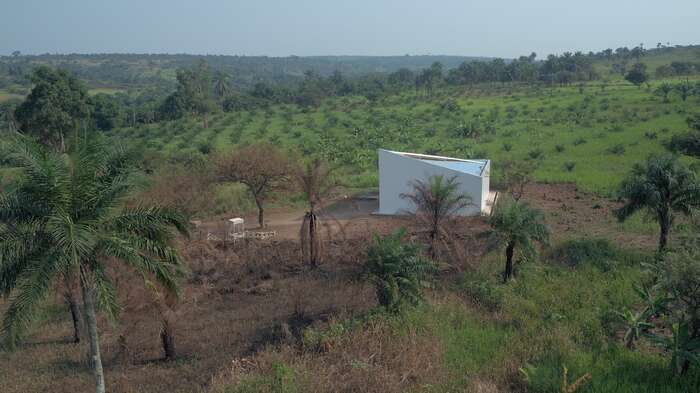