Former resident Paul Kuimet presents Sidewalks and Desktops in the WIELS Project Room with works developed during his residency at WIELS in 2018. Come and discover his films and photocollages during the opening on 13-10, until 31-10. WIELS also invites you to attend the presentation of his first monograph, Compositions with Passing Time. 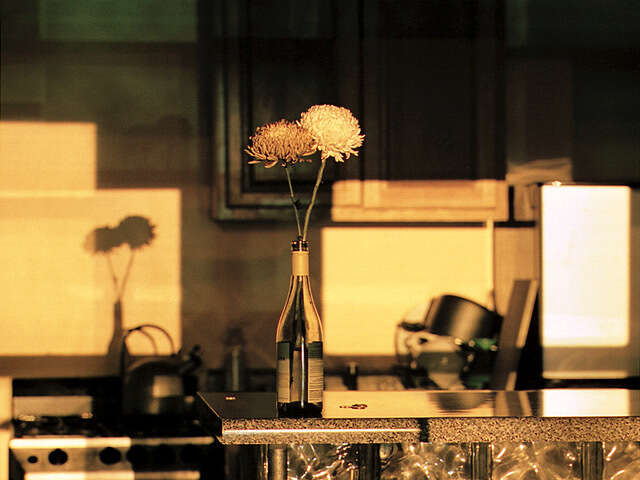 “Material Aspects” is an essay film that traces the origins of modernist steel and glass architecture to London’s Crystal Palace, built in 1851 for the first World’s Fair. In the film, an assortment of archival materials is browsed on the desk of an unknown collage artist who is looking for interconnections between the Crystal Palace, its cultural apparitions, and the development of global capitalism in the 19th century towards today’s ephemeral finance capitalism. The film’s medium and technique of slow cross dissolves allows unexpected comparisons of forms, both formal and ideological.

A related triptych of photocollages, “Crystal Grid 4-6”, employs a pattern that is based on the central transept of the Crystal Palace, which is used for scrambling the fragments of photographs that were shot in different botanical gardens of the world. The photographs from the series “A Brief History of Scaffolding” also draw an abstract parallel between scaffolding and the Crystal Palace, as both are constructions based on a regular frame and they both appear transparent, lightweight and transient.

“Brooklyn Kitchen Still Life”, Kuimet’s latest addition to his series of “still-life films” presents a different aspect of his practice. If some of the other works in the exhibition address specific historical structures, then this film concentrates more narrowly on the art historical genre of the still life. Nevertheless, all works on display deal with time, temporality, and space in their own specific way, finding surprising beauty also in the most banal situations of the everyday.

Paul Kuimet (1984) is an artist based in Tallinn, Estonia. He received an MA degree from the Estonian Academy of Arts (2014). In 2018, he participated in the residency programme at WIELS in Brussels and at the International Studio & Curatorial Program (ISCP) in New York City. He works with photographic installations and 16-mm films, the subject matter of which ranges from landscapes and architecture to objects and works of art. Obliquely addressing capitalism, its structure and modus operandi in which we are all immersed, Kuimet visually and aurally presents the social and cultural values of the present day through atemporal details and fleeting moments.