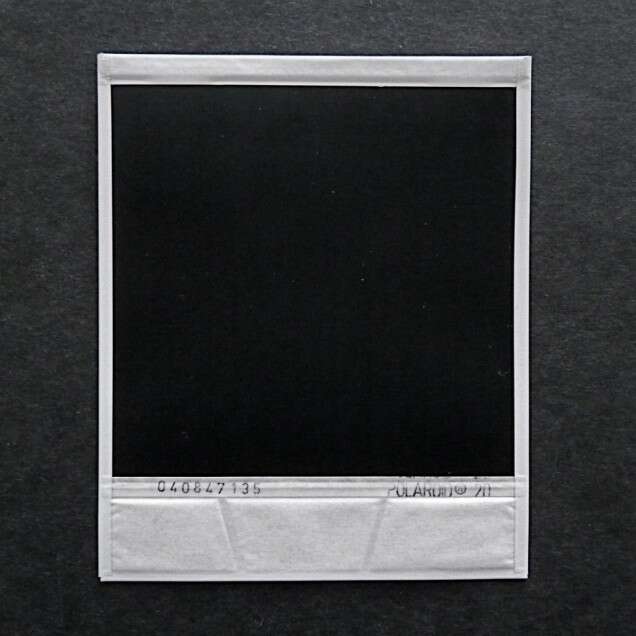 “There is a vast difference between taking a picture and making a photograph.” In this statement by Robert Heinecken seems to resonate a paragraph from one of the programmatic essays on Polaroid instant photography, written by its inventor Edwin Land in 1950: “The [Polaroid photographic] process must be concealed from […] the photographer, who by definition need think of the art in the taking and not in making photographs […] and our task [at Polaroid] is to make that possible.” By the time Robert Heinecken started to work with a range of photographic techniques in the 1960s, millions of people already trusted in the easy use of the Polaroid Corporation’s photographic technology, which was continually improved and regularly replaced by new camera models and film types. For his Polaroid works on display at WIELS, Heinecken used the company’s SX-70 technology, a revolutionary product released in 1972, consisting of a folding SLR camera and “integral” picture units which did away with clumsy peel-off negatives and instead sported the now infamous white Polaroid frames. It is this “Absolute One-Step Photography”, as Edwin Land called the SX-70 system in an essay of the same year, that challenged Robert Heinecken – yet in a far more complex and ambiguous way as the initially quoted similar statements on the de-skilling of the photographic process might suggest. This is why the lecture will focus on the properties and shortcomings of the SX-70 technology, as well as on the relation between the artist and the manufacturer, their respective takes on notions of prefabrication, consumer culture and their particular output of imagery.

Dennis Jelonnek studied Art History and Cultural Science at the Humboldt-Universität, Berlin, from 2004 to 2011. His MA thesis “Sofortbild-Verfahren als Wendepunkt der Fotografiegeschichte” emerged during his involvement in the project “Das Technische Bild” at the Hermann von Helmholtz-Zentrum für Kulturtechnik, Humboldt-Universität, Berlin, from 2009 to 2012, where he worked most recently as research scholar. Since June 2012 he has been working as a doctoral researcher at the Center for Advanced Studies „BildEvidenz. History and Aesthetics“ at The Freie Universität Berlin, where he is writing a dissertation on Polaroid instant photography and the notion of immediacy and feedback in the arts and sciences, 1945–1980.