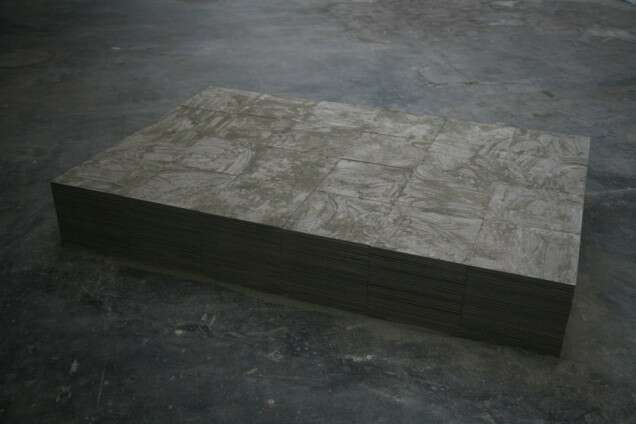 Through a series of polemic dialogues, we would like to trace different generations of intellectuals (artists, curators, philosophers, art historians) from the former East and West of Europe that deal with "shades of red", the afterlives of Communism and its (un)expected turning points in its most recent philosophical and artistic reception.

After the collapse of the Soviet block, communism as idea, image or problem has been regarded as "outmoded, absurd, deplorable or criminal, depending on the case". Today, it is often presented by the mainstream media as a parenthesis of history, an aberration of the 20th century, as "a completely forgotten word, only to be identified with a lost experience". Although the communist hypotheses of previous eras may no longer be valid, their histories, narratives and key notions have never ceased to spark attention and inform recent discussions such as the communal versus the common, and material versus immaterial property, to name just a few. Perceived from a greater distance today, communism has re-emerged as a topic for investigation in artistic and exhibition production, that reflects it in diverse ways, addressing the relevance of the term today or inviting provocative comparisons with the present.

This seminar aims at presenting various works that recast ideas related to communism and revisit it as a complex and diverse arena of political and aesthetic attitudes, which varied between nations, communities and historical periods. By no means does the seminar intends to take a nostalgic tour through the past decades, but rather seeks to address the topic through concrete art and exhibition projects realized recently. All of them are trying to deconstruct the idea of monolith, still very present in today's reception, and to recuperate various episodes, stories and notably, the "communist apocrypha" - texts, music, visual production - which have never been part of the established ideological canon, and whose intellectual patterns shed new light on what the contemporary uses of the notion of communism might be. Instead of treating communism as pure political abstraction, the projects presented by the seminar deal with concepts, events and/or particular personalities related to communism and its history which have survived the Bildersturm of the recent past and can be artistically reactivated.

Keti Chukhrov is an art theorist and philosopher, PhD in comparative literature, post-doctoral fellow of Moscow Philosophy Institute of Academy of Sciences, writer for Moscow Art Magazine, and author of numerous publications, most recently in the catalogs of the Istanbul Biennial 2009, Gender Check. Femininity and Masculinity in the Art of Eastern Europe, 2009 and the ongoing Former West project.

Dessislava Dimova is an art historian and curator. She is a PhD fellow at the Institute for Art Studies, Bulgarian Academy of Sciences, Sofia. Recent projects include School for Revolution (Kultura weekly, 1 Magazine, 2008 ongoing), the 2nd Antakya Biennial, 2010; Dimova is a founding member of Art Affairs and Documents Foundation, Sofia and founding editor of blistermagazine.com.

Charles Esche is a curator and writer. Since 2004, he has been Director of the Van Abbemuseum, Eindhoven, Netherlands. He is co-founder and co-editor of Afterall Journal and Afterall Books.

Suman Gupta is Professor of Literature and Cultural History, The Open University, UK. His Recent books include: The Theory and Reality of Democracy (2006), Social Constructionist Identity Politics (2007), Globalization and Literature (2008) and Imagining Iraq: Literature in English and the Iraq Invasion, 2011.

Nicoline van Harskamp is artist based in Rotterdam. Among other places, she has exhibited her work at Casco Projects, Utrecht (2007), Van Abbemuseum, Eindhoven (2008), Witte de With, Rotterdam (2010), and the Bucharest Biennale, Romania (2010). In 2009, she was the first-prize winner of the Prix de Rome

Vivian Rehberg is Chair of Critical Studies at Parsons Paris School of Art + Design, Paris. She obtained her Ph.D. in 2000 with the dissertation The Rhetoric of Realism: Painting, Politics, and Commitment in France, 194056. A founding editor of Journal of Visual Culture, she is a contributing editor of frieze, and has also written for, among others, Art in America, Artforum, Artpress, andModern Painters.

Nataa Petrein-Bachelez is a curator and critic based in Paris and Ljubljana. She is a Ph.D. candidate at the EHESS in Paris where she also runs a seminar on contemporary artistic practices with Patricia Falguieres, Elisabeth Lebovici, and Hans Ulrich Obrist. She recently worked as an associate curator at the Centre Pompidou on the exhibition Promises of the Past, and is co-director of Les Laboratoires d'Aubervilliers.

Elena Sorokina is Paris/Brussels based curator and critic. Her recent projects include (selection) "Laws of Relativity" at the Fondazione Sandretto Re Rebaudengo, Turin, Italy; "On Traders' Dilemmas" at YBCA, San Francisco, 2008, Etats de l'Artifice at the Musee d'Art Moderne de la Ville de Paris 2010. She is a contributing editor of the Moscow Art Magazine and has also written for Artforum, Flash Art, Manifesta Journal and other publications.