sunday # 018, Gabriel Kuri's (untitled) edition, takes its departure from a quote by David Hume. 'All knowledge resolves itself into probability'. 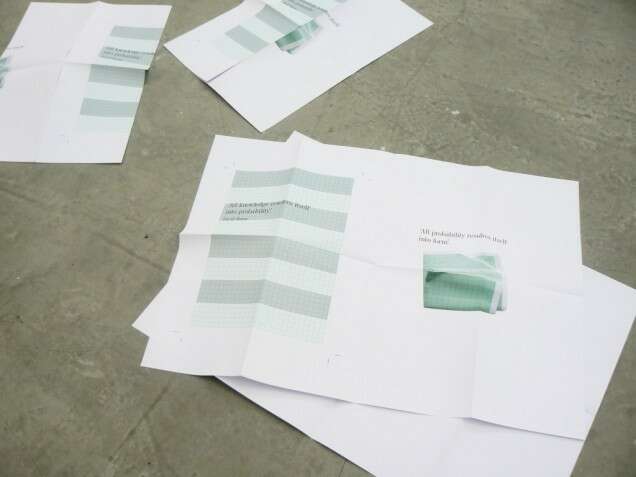 Gabriel Kuri added a variation to this quate; 'All probability resolves itself into form'.

Both sentences are applied to the use and manipulation of a sheet of standard millimetre paper.

The edition consists of a A1 print that is folded to A4. The grid that was formed through these folds open up different variations of these two sentences.

The images of the folded millimetre paper echo the actual folds of the edition-format.

By manipulating the edition a variety of formal combinations is created. Through this manipulation both sentences cover each other, becoming new variations on and among one another.

sunday # 018 is published in an edition of 100 copies, signed and numbered.

In addition, a limited 'bootleg' version will be presented. This version comprises a series of prints that have variable ways of folding.