Shelly Nadashi : Where is Camino 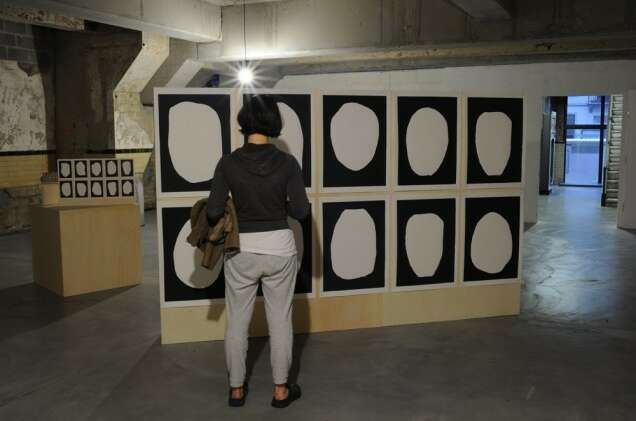 Where Is Camino is a series of monochrome silk prints portraying holes, which were made during summer 2011. They were produced initially with a primitive means, a pair of scissors, then printed in dark purple. Two basic platforms for display were used at the exhibition's space in floor -1 at Wiels; a wall to hold the 10 prints, and a cube to hold both a model of that wall and a model of itself, 4 times smaller in scale. The work essentially repeated itself three times in this way in consistent smaller/bigger order. Two energy saving light bulbs were hung in two corners of the space, casting the visitors' shadows onto the prints.