To celebrate the release of their album S/T, Jean D.L. and Sandrine Verstraete give a free concert at WIELS.

Jean D.L. and Sandrine Verstraete found each other while each was pursuing their own solitary artistic course. Guitar for one, poetry and audio tapes for the other. Their encounter was deepened as well by their interest for experimental cinema and dark universes of melancholic introspection. While they found each other for other reasons as well, who make of them not only a duo, but a couple as well, from their common universe emerges principally a shared sensibility for opaque perspectives and a certain claustrophilia: their music comes from the inside, it’s introspective, but listening to it, it surrounds and envelopes the listener in a condition of blurriness or anguish that will be experienced as disturbing by some and reassuring (because also an outlet or contemplatively )by others.

Because for those who can simply appreciate, this music evokes a bright spell, it gives access to horizons and opens perspectives, the soothing silence at the end of things. But before all of that, you have to face the discordant darkness of a reverberant guitar, faraway or nearby, direct, clear or distorted, and the malaise of words. A desolate climate, a deconstruction as a condition for the depicted landscape. It is a research composed by guitar, tapes and field recordings, noisy and poetic, sometimes minimalist, where most of the time the voice keeps silent.

Images occasionally join the atmosphere strictly composed by sound: movies, of which the universe is not less dim.

Their music gives the impression of being the trace or expression of a night, urban and anxious, melancholic, experienced fully till dawn, without any sleep. And for which the only alternative would be evasion, a silent breathing. 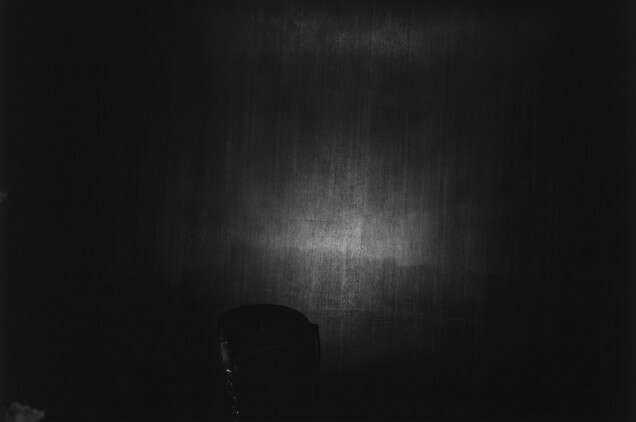