Material is a montage of film material that dates back to the German Democratic Republic of the late 1980s and stretches to the year 2008. 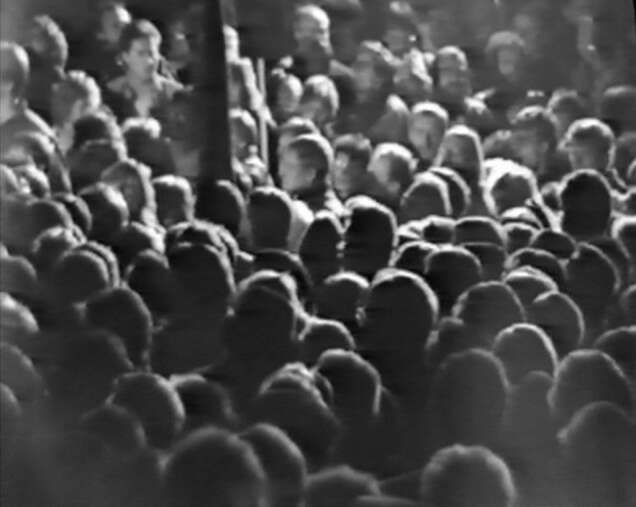 Some footage was shot by Heise himself, some was found. He describes them as fragments that “besiege his head”, that matter to him and which are a testimony to a none-too-distant part of German history. Rather than constructing a chronology, Heise presents this history as a dense cluster of residual images or material that remain in motion, always reassembling, never complete. Heise’s approach echoes that of The Absent Museum, a proposal for a museum that seeks to depart from a fixed and outdated institutional panorama, to include a variety of voices and present an archaeology of a shared European history.

Screening of Material (2010) by Thomas Heise (166 min) followed by a discussion with the artist and Cristina Nord (Goethe-Institut Brussels) (discussion in German, translated to English).

17.05.2017, 18:30
Free entrance
In German, translated to English
Supported by the Goethe-Institut Brussels