Ad Reinhardt is best known for his black monochromes, or ‘ultimate paintings’, which were produced during the 1960s. He is also well known are the satirical comic strips and illustrations he made for Art News magazine and the left-wing newspaper PM. However, little is documented about the artist’s archive of 10,000 photographic slides, now held by the Ad Reinhardt Foundation in New York.

Reinhardt’s slide shows consisted of a rapid succession of details of artworks, decorative art and architecture, photographed during his many travels abroad. Constructing a formal analysis of artistic creation going back centuries, they appeared to follow George Kubler’s hypothesis in The Shape of Time: Remarks on the History of Things that there is no progress in art. By framing his shots so as to reveal hidden or overlooked aspects of cultural artefacts, Reinhardt also offered a global ‘reading’ of the history of art, anticipating today’s image search engines.

At WIELS, Pierre Leguillon has invited Belgian artist Willem Oorebeek to discuss the “Non-Happening effect” with him and the audience. Introduction and discussion in English.

With special thanks to Anna Reinhardt and the Ad Reinhardt Foundation, New York 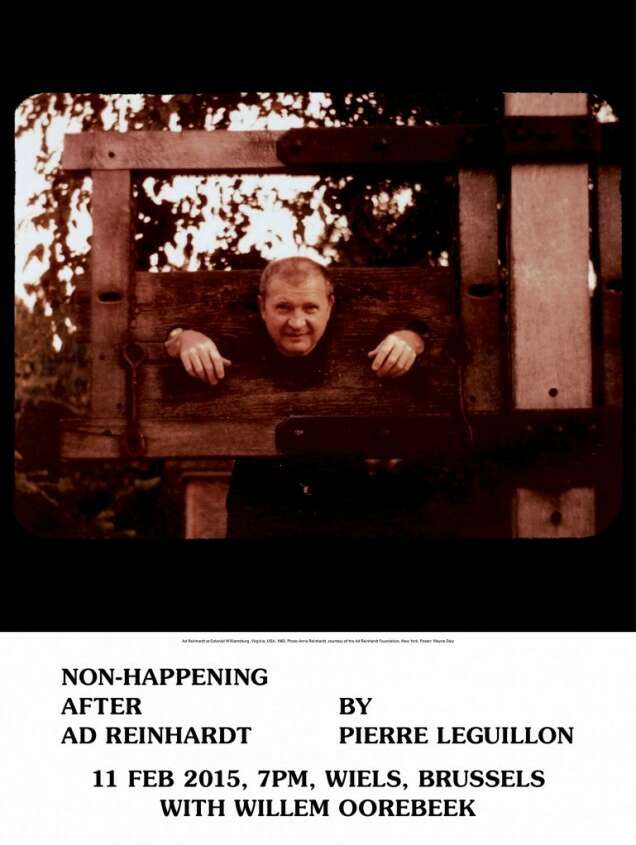