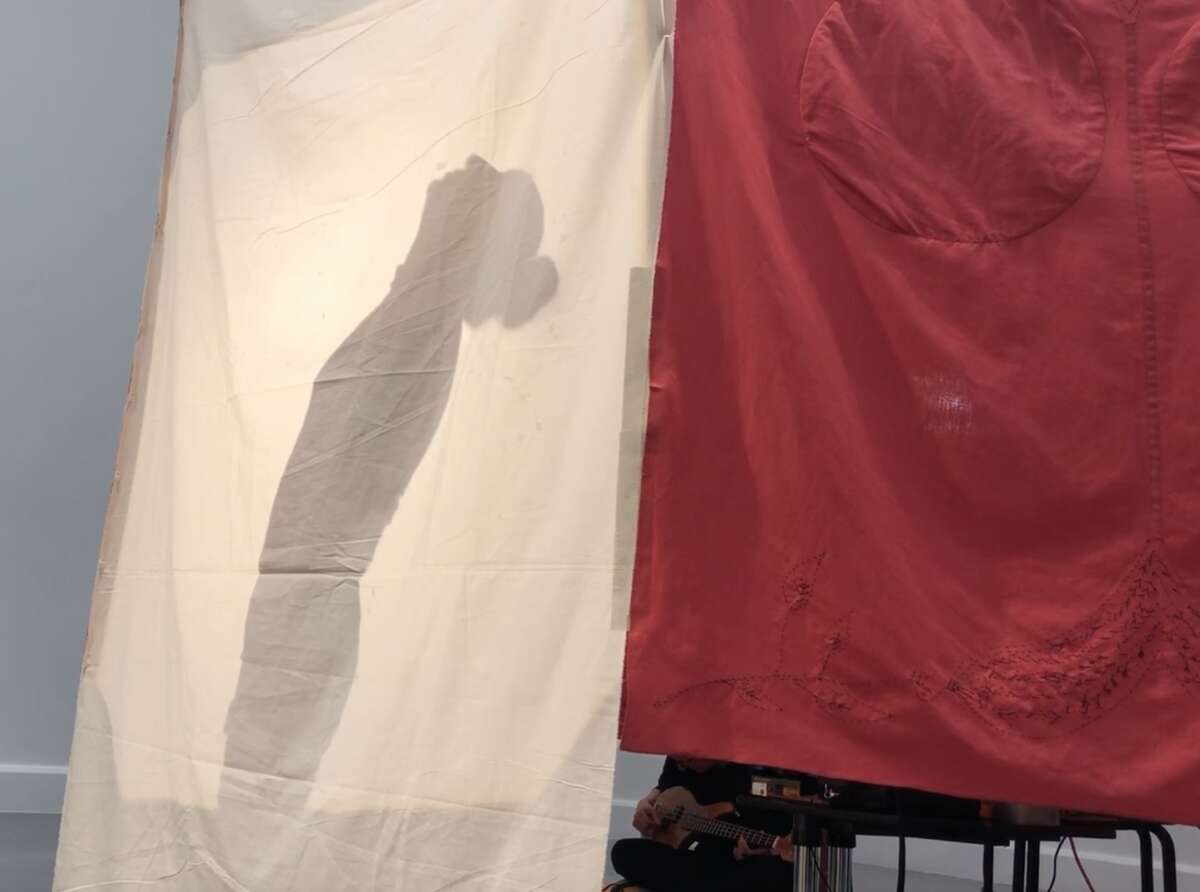 Lackadaisical Sunset to Sunset, courtesy of the artist.

Accompanied by Lebanese musician Jana Jaleh, Al Solh creates a poignant performance narrating the her-stories of generations of women from the Arab world, including her own grandmother. Stories of defiance, courage and solidarity.

Mounira Al Solh’s projects are rooted in a collaborative and engaged practice. They include embroidered stories told by generations of women from the Arab world who defy norms and oppression; performances narrating her-stories of defiance, courage and solidarity; capturing experiences of migration on legal
papers; or the magazine NOA (Not Only Arabic), dedicated to feminist struggles in the Arab world. The central tent of her installation borrows from those of Mohammad Shah of Iran (Qajar dynasty 1834-1848). Titled Mina al Shourouk ila al Fahama, it repurposes a symbol of patriarchal power. Arabic symbols for the hours of the day adorn the tent’s upper part, articulating alternative timelines. Accompanied by Lebanese musician
Jana Jaleh, Al Solh creates poignant performances from the tent in which a megaphone plays a recording by Lebanese singer Rima Khcheiche. Initiated by Al Solh in 2008, the fourth edition of NOA, co-edited by Nada Ghosn, is only available for individual readings, in an intimate setting to delve into its contents.