Evi Vingerling’s paintings are not a hole in the wall or a portrayal of a fictive world. The paintings are mostly two colors, one color functioning as background and one as foreground. 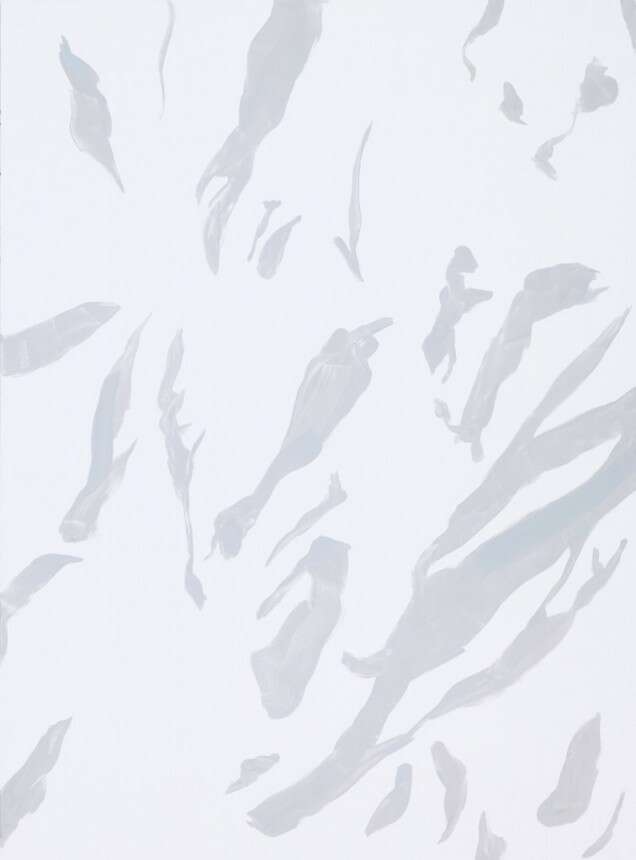 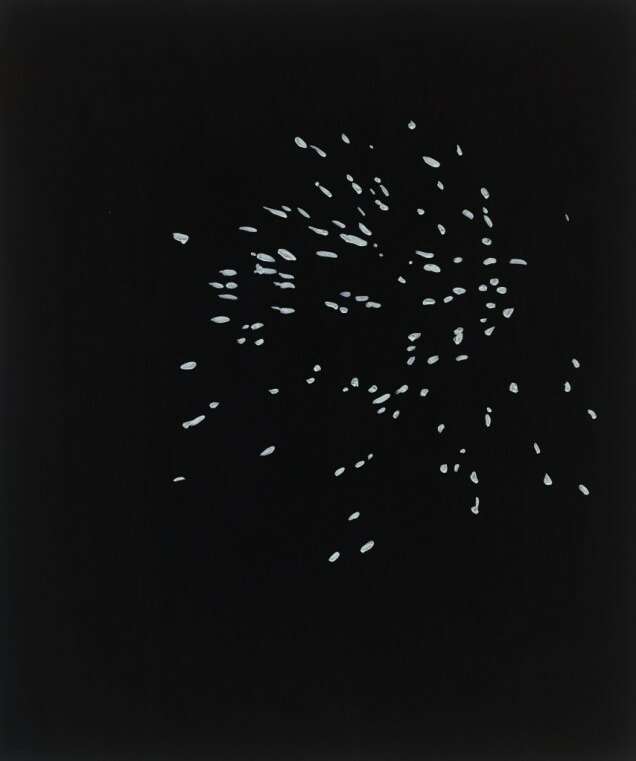 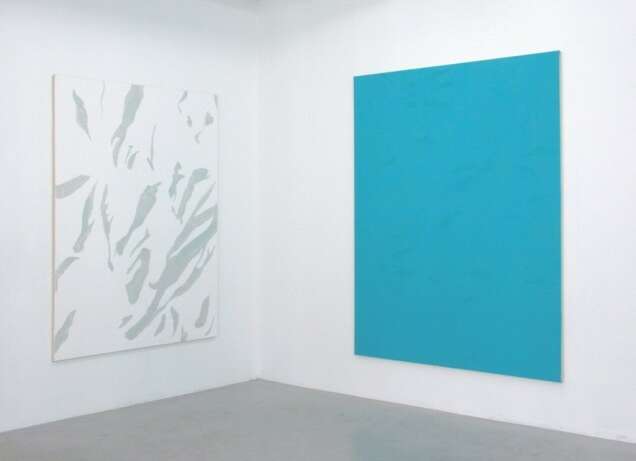 “Vingerling says that sometimes, when she is not purposely looking, the world appears around her as a series of planes, patterns, and colors. Her paintings are a result of this in cohesive perspective. The object of the painting is freed of its symbolic and historic meaning.”*

“The unique ‘range’ of Vingerling’s work lies in this open dispersal of the viewer’s attention. Looking at the work, you are not staring obsessively at thick or incomprehensible layers of paint, as in traditional modern painting – your attention is in fact scattered and dispersed. Both substantively and physically the area you are looking at and thinking about as you look keeps expanding. This is also a very subtle but not to be disregarded social or ethical component in the work, because this quietly expanding movement lets you see the world in a cohesive way. It sounds rather grandiose, but if you were to distil a worldview from Vingerling’s works, this is not a view that starts from a centre, but one in which a variety of things exist alongside and in conjunction with one another. The motifs that interest Vingerling reflect this complex cohesion. Bushes, plants, or landscapes, which are not identifiable in their totality as bush, plant or landscape on the canvas, but are primarily to be seen as a cohesion of visual relationships.”**

“There are many drawings and studies necessary to come to the point, in which she is able to make that image, the sensual experience of that one moment, come together so purposely and direct, on the canvas. What is the experience that Evi Vingerling is looking to pass on through her paintings? “I don’t know what it is but that it is grand and that it is happiness.” She cites from Walt Whitman’s Leaves of Grass. Whitman was a transcendentalist in the 19th century who thought we should stay more aware of our actual surroundings. That we should be conscious of those perceptible sensations, which are brief and at the same time material, as her work shows.” *