Diego Thielemans : When Rubiero comes through the backdoor, the friends are already in. 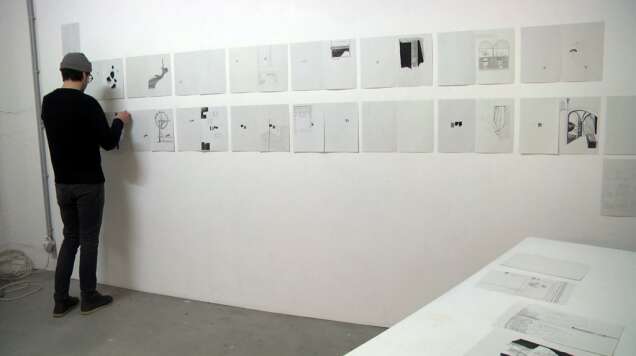 This project responds to the idea that the length of a film is often measured according to the comfort of the seat in which the viewer is seated. Suddenly, a physical object becomes part of the story projected on the screen.

On several occasions, the artist in residency Diego Thielemans invited artist friends to work in his studio at WIELS and filmed their activity. In the Project Room, he presents both the video and the result of the work done in the studio.

When Rubiero comes from the Backdoor, the Friends are already in thus functions like a shot / reverse shot between the film and the respective productions of Caesar Brun & Raphael Van Lerberghe, Sebastien Capouet and Benjamin Installé.