Dessislava Dimova : “The Modernist Grid and the Fabric of the World” (EN)

In the framework of the exhibition Dependencies, WIELS invites Dessislava Dimova to give a talk that explores the modernist grid in relation to the textile work of Hana Miletić. 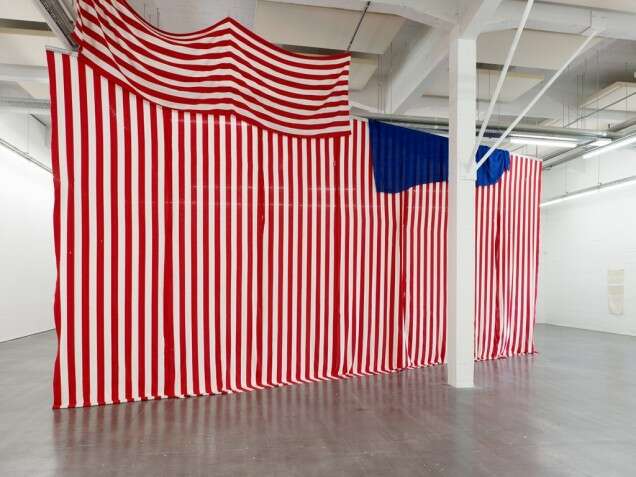 Dessislava Dimova is an art historian and curator based in Brussels, Belgium and Sofia, Bulgaria. She holds an MA in Art History from the National Academy of Fine Arts, Sofia and in Philosophy from the Centre for Research in Modern European Philosophy, Middlesex, London. She is currently curating a project of artistic collaborations for BOZAR, Brussels and organizing and conducting research on Bulgarian post-war avant-gardes with the Centre Georges Pompidou in Paris. She has curated the conversation series “Politics without Poetics”, NICC, Brussels (2014-2015); “Objects moving minds in space.”, Focus Bulgaria, viennacontemporary (2015) and the walking lectures “The Wrong Side of History”, Zapaden Park Festival, Sofia (2014). Her exhibitions include the co-curated 10th anniversary programme of the Museum Nights in Plovdiv, Bulgaria (2014) and Thank You for Your Understanding – 2. International Antakya Biennial, Turkey (2010).