For the opening of the exhibition, Danai Anesiadou and her cast of collaborators re-stage One Measures a Circle, Beginning Anywhere (2009-10), an event she first presented to three small groups of spectators two years prior in exactly the same spaces at Wiels. 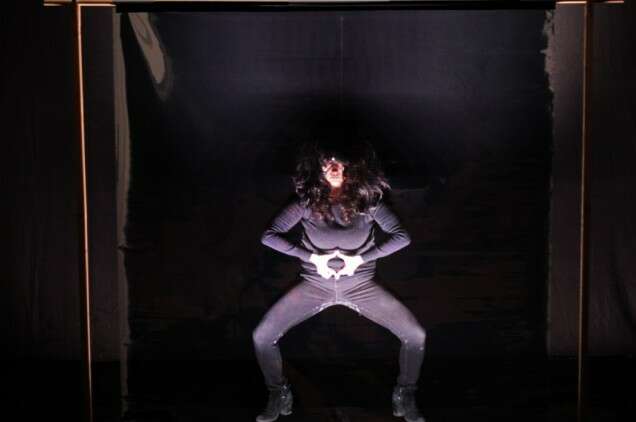 Revisiting her improvised original and, in the process, demonstrating the difficulty of memory to accurately reconstruct lived events, she invites visitors (again) to an intimate gathering that is characteristic of her mercurial practice. Rumors, mystery, evocations, and the intimacy of secrets are, after all, the centrifugal forces out from which her whole oeuvre radiates, so it is fitting that she returns to a performance that was known, mostly, through the stories told about it by the few who had seen it. The event is an extension of her contribution to The Other Tradition, where the artists idiosyncratic interpretation of the task of creating evidence of the original performance will be on view for the duration of the show. Three groups of 30 people will be able to take part in the event for the opening, with three viewing times: 10pm, 10.45pm and 11.30 (duration 25 minutes). Seating is thus limited and reservations mandatory.