Finnish artist Anssi Pulkkinen has conceived a kinetic installation for the WIELS Project Room that draws a parallel between current world politics and the politics of the exhibition space. The installation is dually comprised of a moving architectural element and digitally rendered video footage, both of which invoke a similarly banal yet romantic gesture of destruction. Pulkkinen sets up a comparison between the large, physical gesture of a wall falling down and the artificial image of an algorithmic reality. Resonating throughout this choreography of decay is the last movement of Beethoven’s 9th Symphony – called Ode to Joy – weaving together popular culture, European politics and traditions of protest in 20th-century history.

Anssi Pulkkinen (b.1982) lives and works in Helsinki and was a resident at WIELS in 2015. He has received an MFA at the Academy of Fine Arts in Helsinki, where he is currently working on his DFA degree. In his recent artistic research, he has actively been exploring the relation between ruins and spatial experience, building on the philosophy of Walter Benjamin. In his larger practice, Pulkkinen is interested in altering the forms and functions of reality. His work is characterized by a somewhat detached observation of our daily living environment; how we relate to buildings or imagine space. Distortion of normalcy is his preferred modus operandi. Using travesty or mimicry, his works disguise themselves as elements from a familiar environment. 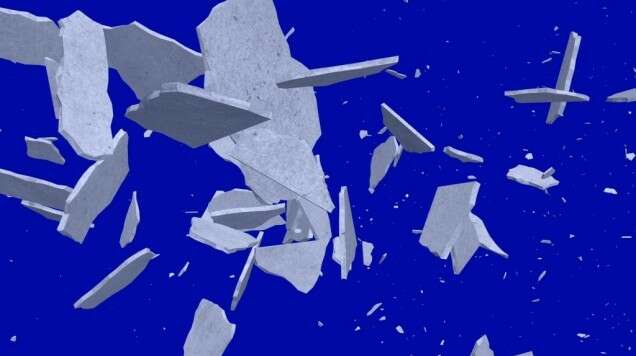