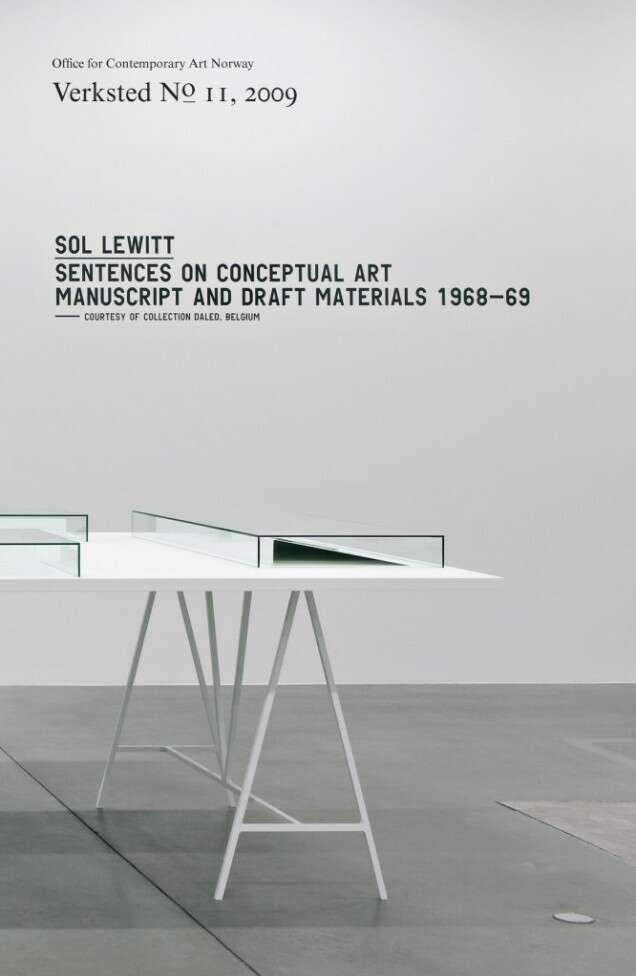 In January 1969 LeWitt's Sentences on Conceptual Artwere first published in the magazine 0-9 edited by Vito Acconci and Bernadette Mayer, and later the same year in Art-Language as a declaration of independence of 'art as idea'. These rarely exhibited handwritten notes illustrate the evolution of LeWitt's thought with respect to his proposal and were made available to the public courtesy of the Collection Daled, Beglium.

Besides reproducing the original manuscript, the publication includes 'An Image of Romanticism Fragment and Project: From Schlegel's Athenaeum Fragments to LeWitt's Sentences on Conceptual Art', an essay that Peter Osborne first presented as a lecture at OCA on 21 October, as the opening event of 'Columns, Grottos, Niches: The Grammar of Forms. The text approaches how many ideas central to the understanding of contemporary art genre, fragment, project, concepts of the new and of concepts of art and art criticism themselves derive from early German Romanticism. In doing so, Osborne points out how the significance of these connections has been obscured, in large part, by continuing pre-occupations with notions of 'medium' and 'aesthetic' and by the literary origins of the ideas themselves. The text further delves into how Conceptual art in the 1960s broke with these conventions, laying the foundation for the radical openness of contemporary art.