Screening of the film "Le Crocodile en peluche" (60') written by Evelyne Axell who also plays the main character. The film will be followed by a documentary (45') about Evelyne Axell made after her death by her husband. 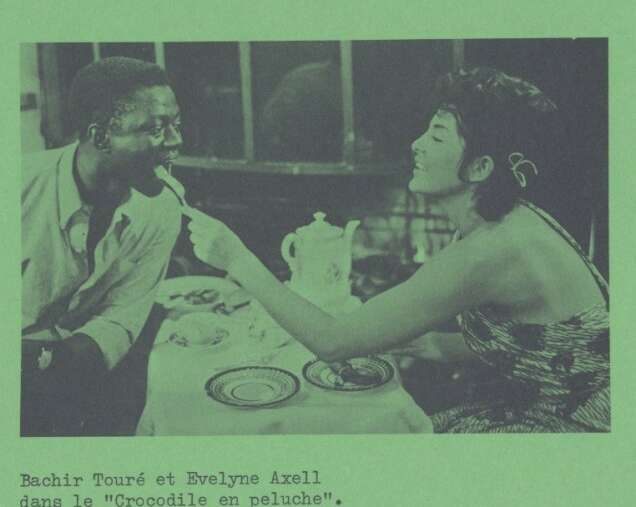 Evelyne Axell, née Devaux, first started a promising career as an actress. After studying in drama school, she married Belgian film director Jean Antoine, who specialized in art documentaries for Belgian television. She decided to change her name to Evelyne Axell for the purposes of her acting career, which her husband encouraged. He cast her as an interviewer in "Jeunes Artistes de Namur" (1957) in which she introduced young avant-garde Belgian painters. After Antoine and Axell's son Philippe was born, Axell worked as a television announcer. Although she gained a fair amount of local celebrity, she found the job trivial. In 1959, she moved to Paris to pursue a more serious acting career. There she performed in a variety of theatrical and televised plays. Eventually she moved back to Belgium to star in several movies, including three directed by her husband ("Jardins français", "La Nouvelle Eurydice" and "Comacina") and one directed by André Cavens ("Il y a un train toutes les heures"). In 1963, she wrote and starred in the provocative film "Le Crocodile en peluche", also directed by her husband. Although the film won first prize at the Alexandria International Film Festival, it would be the last film project Axell and Antoine worked on together. In 1964, Axell quit her promising acting career to pursue painting.