Border war for some, civil war or war of liberation for others, since 2007, the photographer Jo Ractliffe (The Cape, South Africa, 1961) focuses on the traces and consequences of the conflict in Angola (1975-2002) . Three decades of destruction that will make a million and a half victims. Colonial violence, cold war, apartheid, dispossession, reconciliation: the work of Jo Ractliffe is an image processor of a crisis that is located at the intersection of multiple narratives. Her first book, Terreno Ocupado (2008), explores the social and spatial demographics of Luanda, capital of Angola, five years after the end of the conflict. Interested in how past violence marksn the landscape of today, the artist then toured the combat zones in the south in As Terras do Fim do Mundo (2010). Finally, it ends with The Borderlands (2013-15), the territories converted into military bases, located in the far north of South Africa.

As part of the double exhibition: 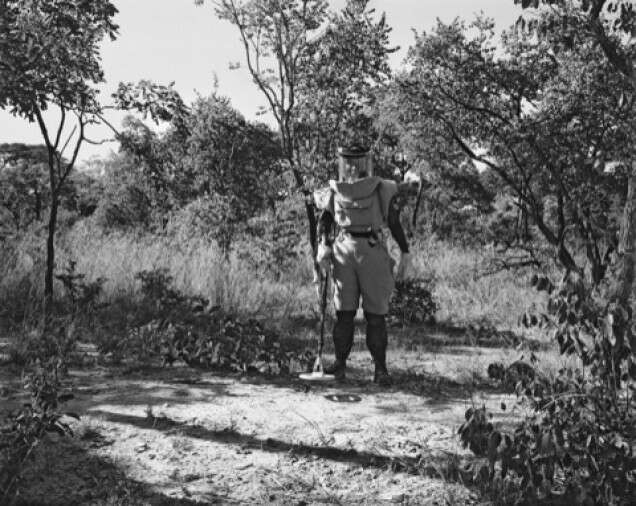