In May 2008, the Kunstenfestivaldesarts invited Benjamin Verdonck at Wiels to present COLLECTIE: an assembly of objects, models, drawings and texts brought together by the creator during his career. 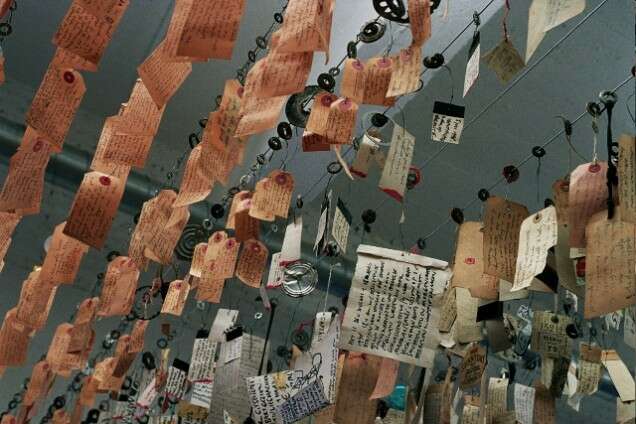 In 2004, Benjamin Verdonck amazed more than one Brussels resident with his performance-installation Hirondelle / Dooi vogeltje / The Great Swallow, which saw him live for seven days in a nest of swallows perched 31 meters above Boulevard Anspach. In 2005, he produced wewilllivestorm, a spectacle without words whose main role is played by junk objects. The following year, he created BOOT for the Rooseveltplaats in Antwerp: the models and drawings of this unrealized project were exhibited at the MuHKA in Antwerp and at the Kunsthalle in Budapest.

In May 2008, the Kunstenfestivaldesarts invited Benjamin Verdonck to present COLLECTIE: an assembly of objects, models, drawings and texts brought together by the creator during his career. In this facility with a refined composition, the waste of our consumer society receives a new destination and lets their buried meanings emerge. Freed from their duties, they tell their own story and offer a utopian (or dystopian) vision of the city and the world.