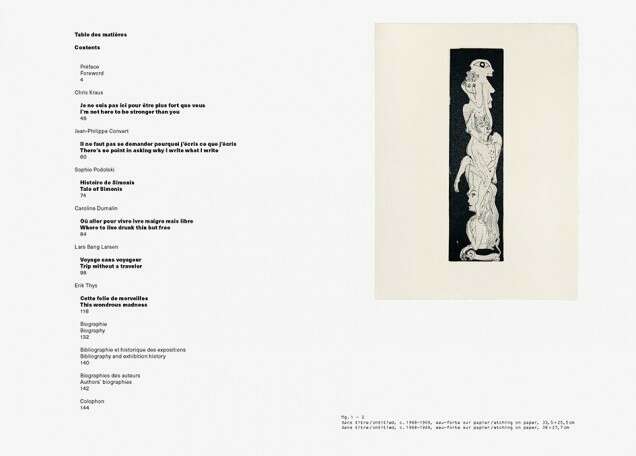 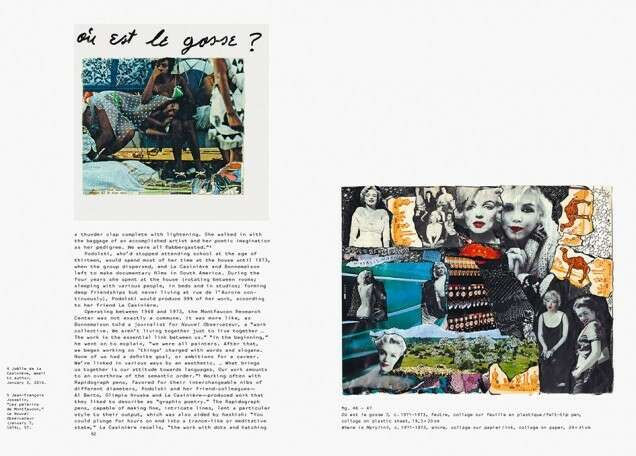 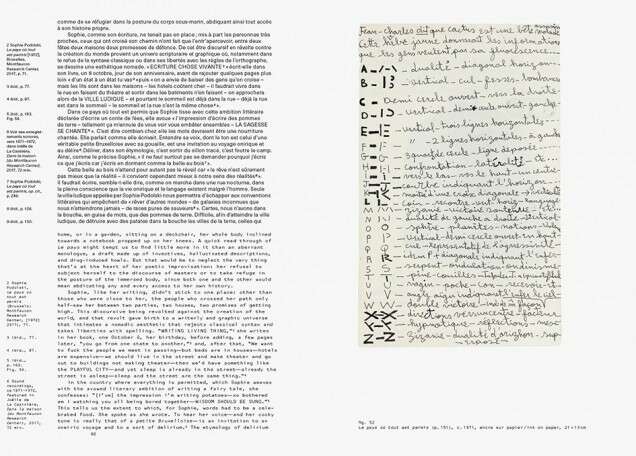 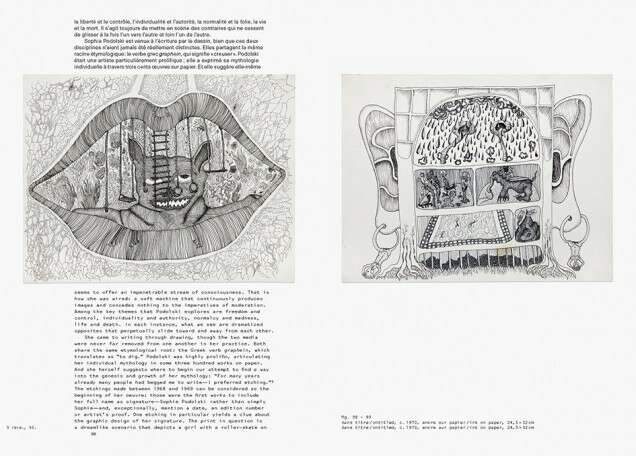 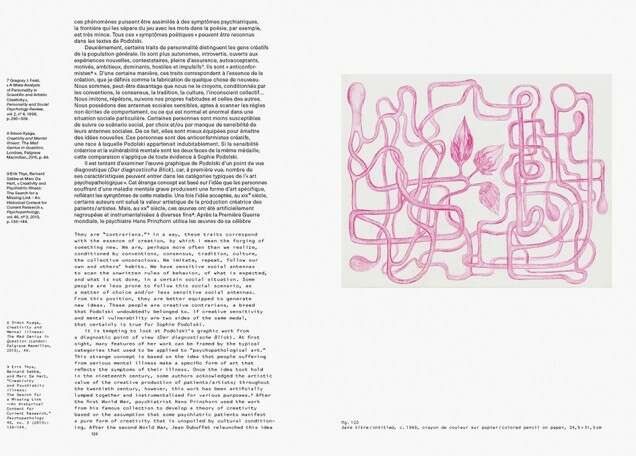 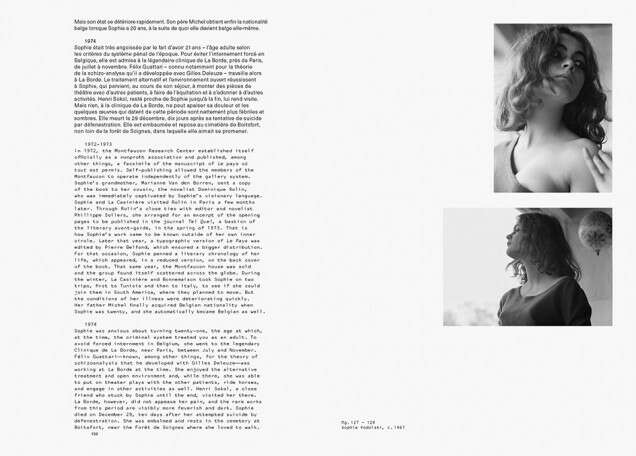 This is the first major publication about the work of Belgian poet and artist Sophie Podolski (1953–1974), who has lingered in obscurity since her untimely death. It features a generous selection of previously unpublished drawings and texts, as well as explorations of Podolski’s personal mythology and of her place in the counterculture of the late 1960s and early 1970s by authors Jean-Philippe Convert, Caroline Dumalin, Chris Kraus, Lars Bang Larsen, and Erik Thys. 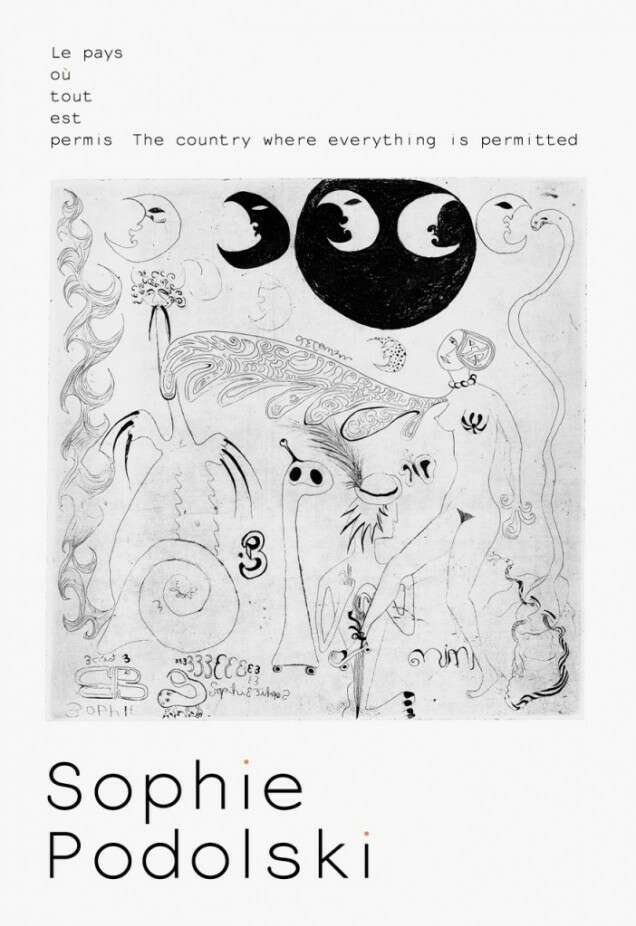