"My idea for this talk is to implement what I have been calling for a while a process of ‘co-imagination’. I will spend one day as close as possible with the piece, and then organize my thoughts and topics of discussion as they emerge in the process of living the experience of the work as it unfolds throughout the day."

Please note this is not an exercise in ‘giving my impressions’ of the work. It is not an exercise in poetic improvisation. And it is not an exercise in reactive participation. Rather, co-imagining is a rigorous approach to the modalities of imaginations proposed and triggered by an art work, knowing that these imaginations belong also to the realms of the theoretical and the critical. The idea is to engage in a discursive transcription of the work, where the work’s implicit modes of theorisation can be expressed otherwise. And, also, the work’s explicit modes of aestheticisation can be trans-created via the co-imaginative endeavour of re-working it through experience. In this sense, de Keersmaeker’s Work/Travail/Arbeid, emerges as an ideal partner for critical co-imaginations, since it already indicates in its title what the whole process is about: co-working alongside the work’s premises (including its temporal ones) in order to re-work it otherwise, critically, theoretically, imaginatively, and speculatively."

André Lepecki is Associate Professor at the Department of Performance Studies, New York University and Artistic Professor at Stockholm University of the Arts. Doctoral degree from NYU. He was chief curator of the festival IN TRANSIT (2008 and 2009 editions) at Haus der Kulturen der Welt, Berlin; he was co-curator of the archive Dance and Visual Arts since 1960s for the exhibition MOVE:choreographing you, Hayward Gallery (2010). AICA Award for Best Performance for co-curating and directing the authorized re-doing of Allan Kaprow’s 18 Happenings in 6 Parts (commissioned by Haus der Kunst, Munich 2006; presented at Performa 07). He curated the lecture series Points of Convergence: performance and visual arts, for the Museum of Modern Art of Warsaw (2014), and is currently curating the series ‘Off-Hinge / Of Center: alternative histories for performance’ also for MoMA-W. Selected lectures include Museo Reina Sofia, MoMA, Museum of Modern Art, Rio, MACBA, Para Site, Hong Kong, Princeton University, Freie Universität, Berlin, Brown University. In 2009 he was Resident Fellow at Institute Interweaving Performance Cultures at Freie Universität, Berlin. He is the editor of the anthologies Dance (Whitechapel, 2012), Planes of Composition: dance, theory and the global (Seagull press, 2009, with Jenn Joy), The Senses in Performance (Routledge 2007, with Sally Banes), Of the Presence of the Body (Wesleyan University Press, 2004). His single authored book Exhausting Dance: performance and the politics of movement (Routledge 2006) is currently translated in 10 languages. His forthcoming book Singularities: dance and visual arts in the age of performance is scheduled for publication in 2016 also through Routledge.

In collaboration with Aleppo 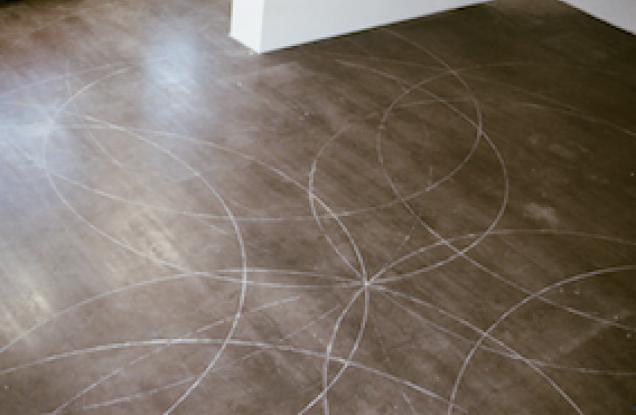