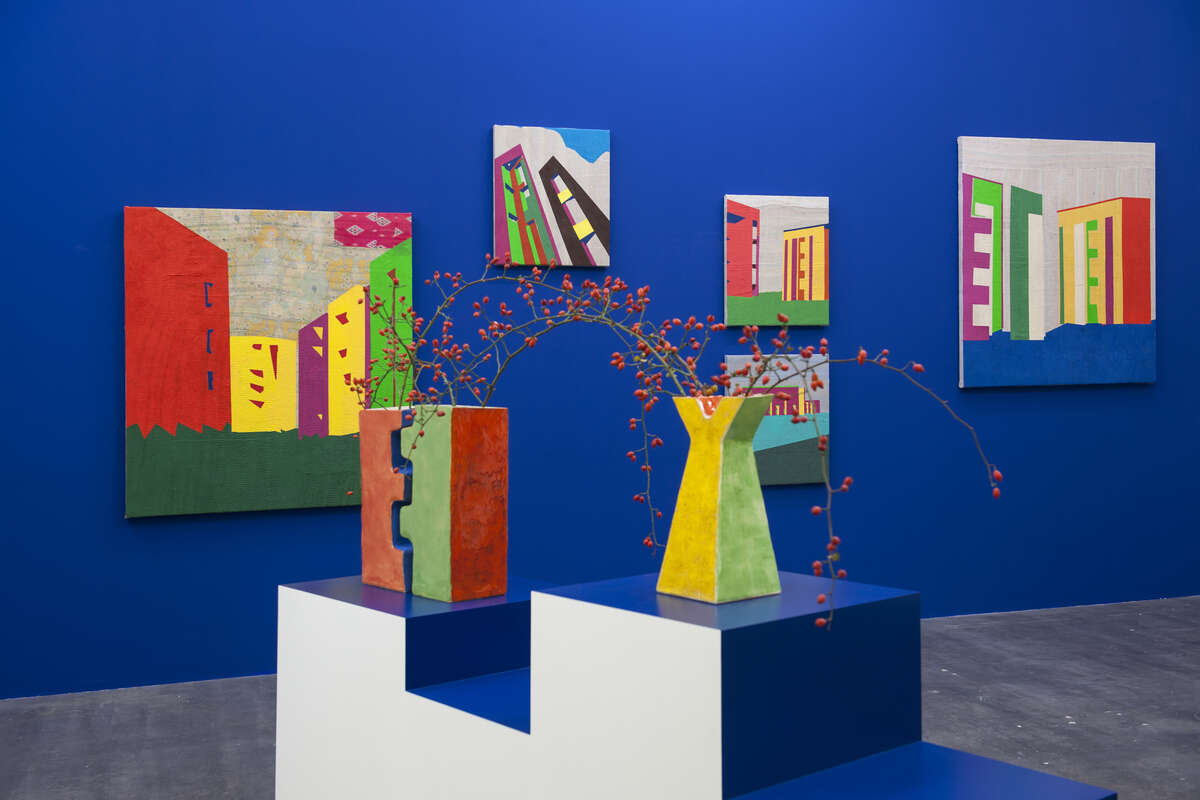 Artist Shezad Dawood talks about his new commission included in Risquons-Tout, his self-confessed obsession with architecture and his focus on the legacies of non-western Modernism. He speaks with Asli Çiçek, an architect and architectural critic with a practice of designing exhibitions, exploring how research can be transformed into art.

Aslı Çiçek (°1978, Istanbul,) lives and works in Brussels. She obtained her Masters degree from architecture and design department from the Academy of Fine Arts in Munich in 2004. During and after her studies she worked for architectural offices in Germany, Austria, and the Netherlands before settling in Belgium to work as project architect for Gigantes Zenghelis Architects (2005-2007) and for Robbrecht en Daem architecten (2007-2014). She founded her own practice in 2014, focusing on exhibition architecture. Since 2009 she has been a tutor in several design ateliers at KU Leuven Faculty of Architecture, in the campuses Sint Lucas, Brussels and Ghent. Currently she is guest professor at University of Hasselt, Faculty of Architecture and Arts. She has published various articles on architecture and art, was the co-editor of the 11th Flemish Architectural Review and is a member of the editorial board of OASE Journal for Architecture.